Find your dream home in Spain 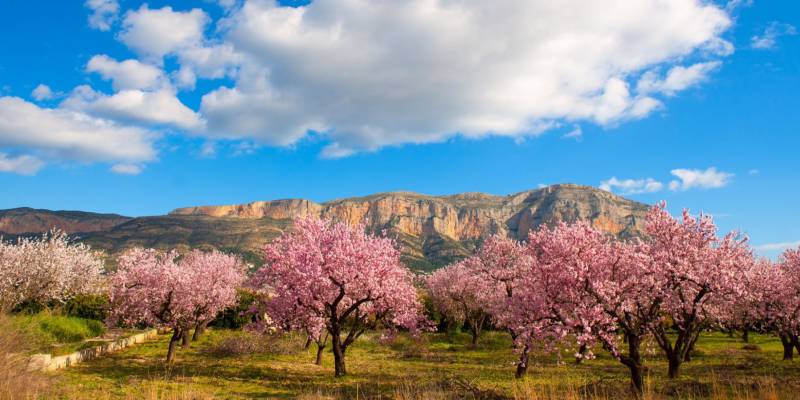 Because of the Mediterranean climate, the Costa Blanca is blessed with over 300 days of sun per year.  Throughout the year there is relatively little rainfall and every month the sun shows itself extensively. The Costa Blanca has been recognised as one of the healthiest regions to live in, by the World Health Organization (WHO). As a result of the microclimate that prevails, one can enjoy pleasant temperatures the entire year. The annual average temperature is 18º Celsius, which means that in the summer the temperature isn´t extremely high, especially because of the sea breeze, and the temperature in the winter will be relatively warm.

Of course, there are always exceptions, and sometimes extremely heavy rainfall does occur. An example of this is September 2019, when in some places more than two hundred millimeters of rain fell within a few days’ time, which almost equals the usual yearly volume. The rainfall in this month of September was the heaviest ever observed since the weather measurements in the region started.

The below figures are based on registered long-term weather data and reflect an average for the Costa Blanca. 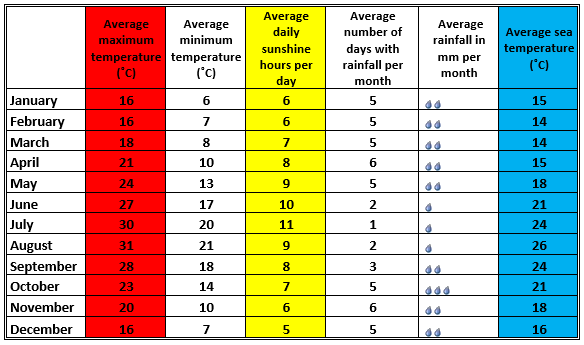 Who is the World Health Organisation?

The World Health Organization is a specialised agency under the United Nations umbrella. According to their website (www.who.org) the “WHO is the directing and coordinatingauthorityfor health within the United Nations system. It is responsible for providing leadership on global health matters, shaping the health research agenda, setting norms and standards, articulating evidence-based policy options, providing technical support to countries and monitoring and assessing health trends”. They constantly monitor all aspects of health withing the UN.

What is a Microclimate?

The reason why there is a microclimate is because from Murcia to Denia, in the immediate hinterland, there is a mountain range which forms an inland buffer. The mountains vary in height but in general are between 1000 and 1500 metres high. This mountain range works like a cushion for weather influences from the sea and from the inland.

The Costa Blanca is also a pleasant area for people with respiratory problems, asthma, skin problems, psoriasis and allergies. People with rheumatism or other muscle or joint problems usually feel much better in this microclimate. Spaniards are very healthy and have the longest life expectancy in Europe. This is because of both the climate and the food. The Mediterranean cuisine consists mainly of fish, olive oil, nuts, fruit and vegetables contributing to relatively low incidences of cardiovascular diseases.  The menu contains relatively little meat, dairy and potatoes.

After a study of no less than 20 years, the medical journal The Lancet recently announced Spain as the healthiest country of the European Union. On average, Spaniards reach the age of 81,4 years old.

Of course, one should not forget the Siësta, the delightful traditional Spanish afternoon nap. Nowadays not as sacred as before but for health reasons, a moment of rest after the usually heavy lunch is definitely a good idea. Also the fact that the most important meal of the day does not take place in the evening, but in the afternoon contributes to a better health. 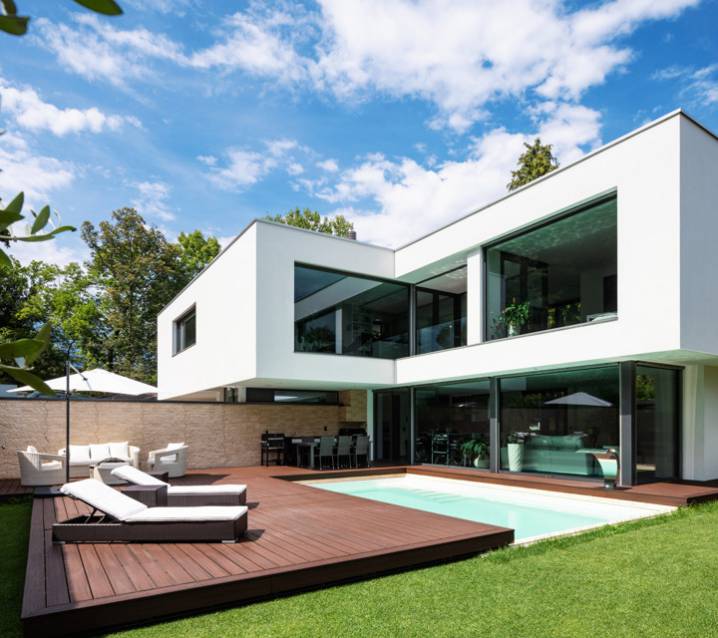 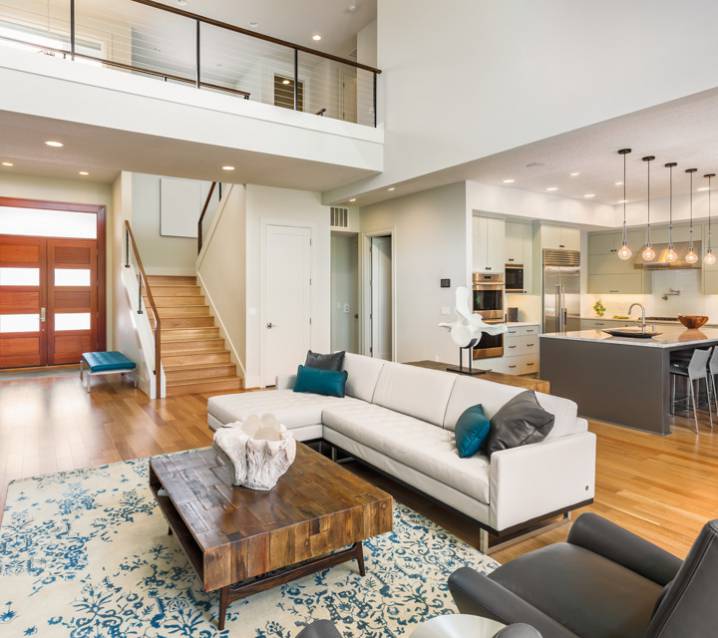 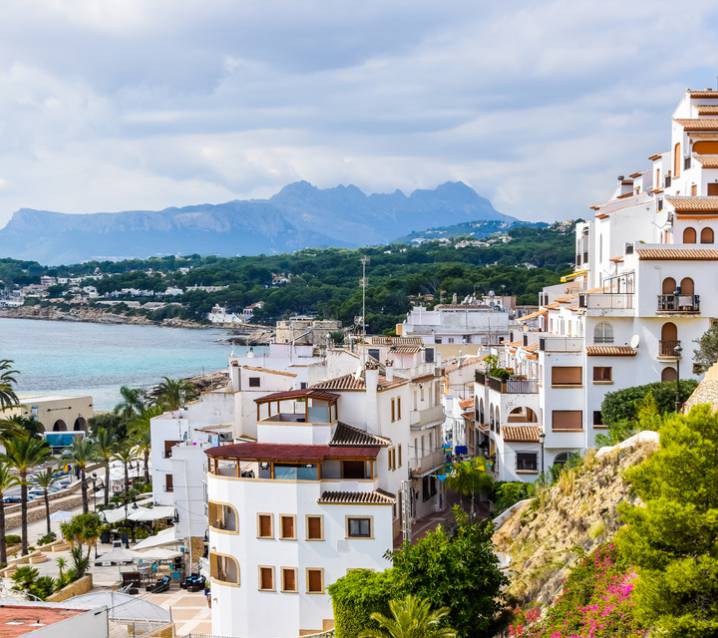 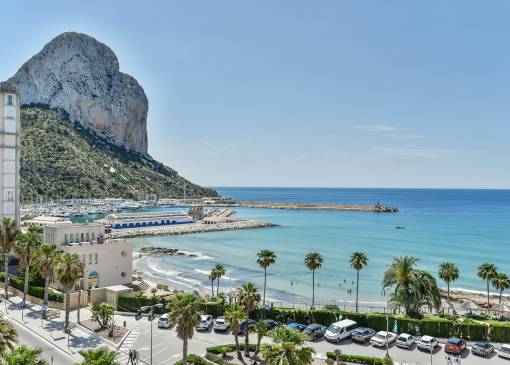 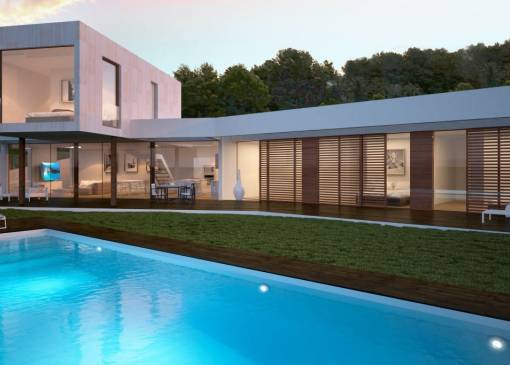 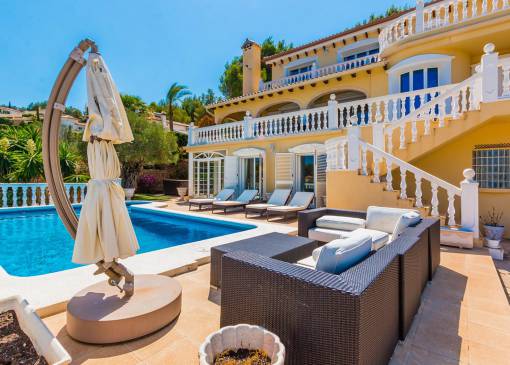 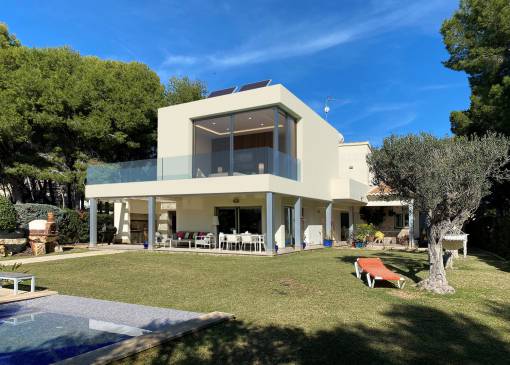 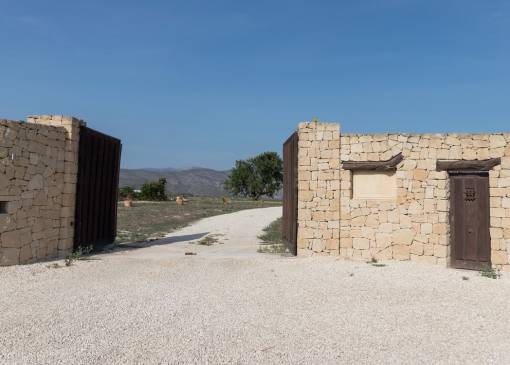 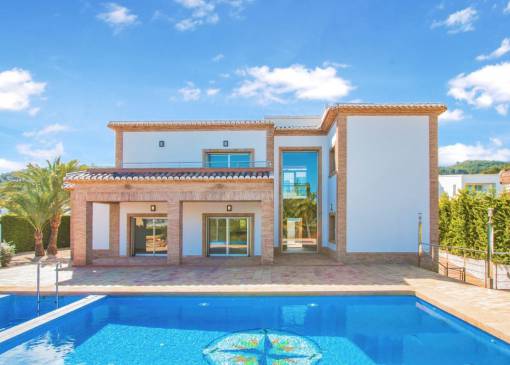